Pyromet believes that this year’s NAID conference was an enormous success.  One of the Pyromet existing customers, John Cody of Planet Shred, was happy to have Pyromet at NAID. “I wouldn’t think of using anybody else for x-ray film recycling, from the pickup, to the processing and payment, I was extremely pleased,” said Cody.

Working hard for Pyromet’s customers is the highest priority, and having fun is a part of that. At this year’s booth Pyromet had two different contests. If an attendee was wearing their Pyromet Ranger badge, given out by Pyromet’s Cowgirl, they would randomly select to win a silver bullet. This weekend, there were about fourteen silver bullet winners.

The other contest was a drawing where participants could win one of the three prizes. Attendees would drop their business card in a box, and were entered to win the grand prize.

The grand prize winner, Don Adriaansen with Titan Mobile Shredding, won a $1,000 worth of silver. Brian Day from Keystone Mobile Shredding was second place, winning $300 in silver. Third place, given to Bob Davidson from Johnson Waste Management, won $150 of silver.

Rudnitsky was a panelist for the film wash speaker program at the NAID conference. “Many attendees found this panel to be very educational,” said Rudnitsky. “We had several attendees feel more informed on film recycling.” 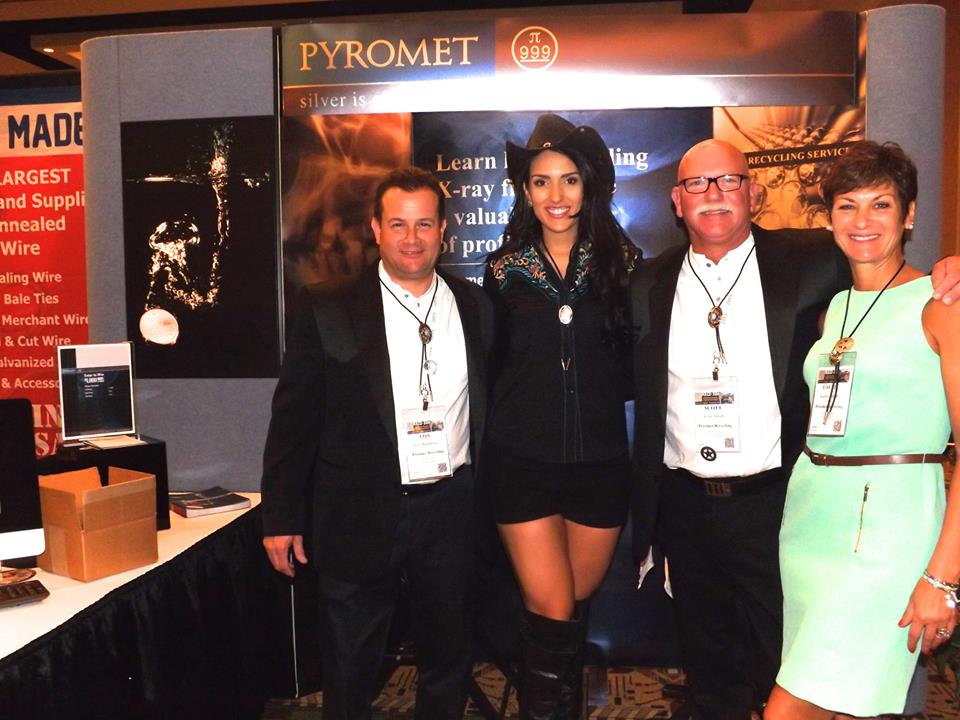